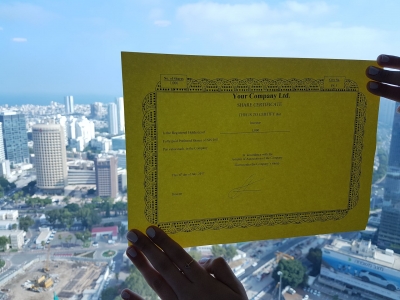 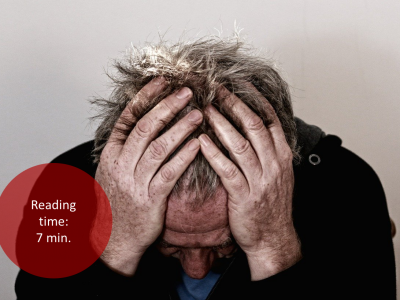 Startup Coping in the 2020 Crisis Is the World Getting Flatter? Running a Global Business, Locally 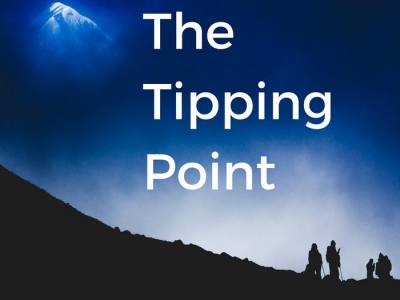 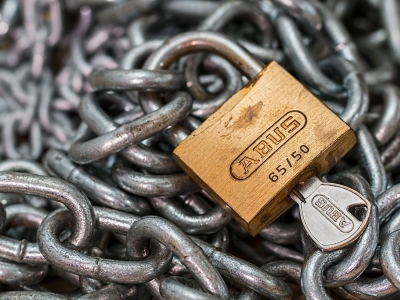 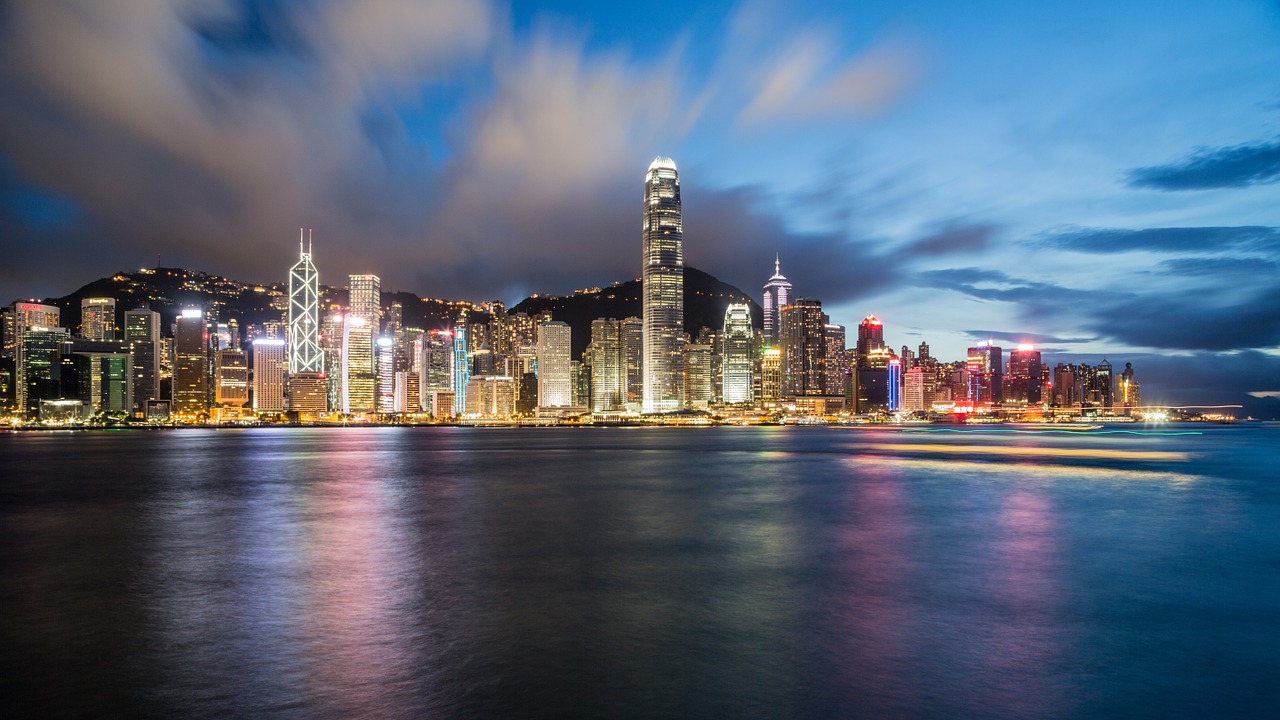 Most of the people in the west are quite familiar with Hong Kong, one of the financial capitals of the world. Hong Kong\'s unique history, geographic location, and its British heritage make it well known worldwide.

But just across the border, in mainland China, something more significant is happening, especially in the last few years – it\'s called Shenzhen. Think about it, what is more important to the economy and as a driving force for the human development: Tech or Finance? In 2018 the GDP of Shenzhen, for the first time in history, was higher than the GDP of Hong Kong (355 billion USD compare to 340 billion USD). Since the growth rate in Shenzhen is much higher, around 9 percent per year, the gap will only grow as times goes by.  Although people in China and beyond are well aware of the importance of the city, I realized that many people around me have never heard of it, or have only a very basic understanding of what’s going on in Shenzhen. Therefore I\'ve decided to pick up the gauntlet and spread the word.

This article is divided into three parts: a general description of the city, the business environment, and the Israeli perspective.

1.     From a Small Fishing Village to a Global Science and Technology Innovation Center

The story of Shenzhen is the story of modern China. 35 years ago Shenzhen was just a small fishing village outside of Hong Kong. In 1979, China’s leader, Deng Xiaoping, designated it as a “Special Economic Zone”. This was an experiment that served as a testing ground for the rest of China.  Soon after, Shenzhen became one of the fastest growing cities in the world and other Chinese cities started following suit.

Shenzhen benefited to a large degree because of its proximity to Hong Kong and its distance from Beijing. People from Hong Kong were the first to cross the border when China started to open itself to the world. They were the first to bring the capital and the knowledge of a modern, capitalist economy to the Mainland.  For them is was big deal: cheap labor, people with similar culture who speak the same language (Cantonese), and policies that encourage investment.

Following the enactment of the reforms, Shenzhen developed so fast that no one had enough time to pay attention to the scope of the transformation. For example, in 2016 Shenzhen completed construction of more skyscrapers than the entire US that year.

Since last September, after the completion of a new fast rail train, it takes only 15 min from central Shenzhen to central Hong Kong. Some people predict that in the near future, as the two cities are getting closer and more connected, Shenzhen and Hong Kong will become one huge mega city. The Shenzhen-Hong Kong cooperation zone, QianHai special economic zone (65 billion in government investment), is supposed to advance the cooperation between the two cities.

As mentioned in a Silicon Valley Bank report, Shenzhen’s short history means little presence of state-owned enterprises. Instead, special economic incentives attracted entrepreneurs, and free market forces drove them to be innovators. The city has become a magnet for young and skilled people from all over China. They are coming to Shenzen with only one purpose: to realize their dreams and get rich. Everywhere you go, you can hear or see the two magic words: entrepreneurship and innovation.

When people think about China they usually associate it with Beijing - the historical capital and the center of political power - and glorious Shanghai. But actually, a larger portion of the most important tech companies are located here in Shenzhen when compared to Beijing and Shanghai. Just to mention a few of them:

BGI - The world’s largest genome-mapping company.
Huawei - China\'s largest telecom company. Huawei is also one of the biggest smartphones manufactures in the world.
DJI - Drones, aerial photography and videography.
BYD - manufacturer of automobiles, buses, rechargeable batteries, trucks etc.  By the way, all of the public buses and taxis in Shenzhen are powered by electric engines.
Tencent - Asia’s most valuable company.
PingAn - China biggest insurance company (actually much more than just an insurance company). PingAn\'s main building in central Shenzhen is the second highest building in China and 4th in the world.
All of those companies are very competitive on a global scale, have a lot of cash, and always strive to develop and invest in the most advanced technology in the world.

The U.S News reported that “In the second quarter of this year alone, China startups reportedly attracted 47 percent of all global venture capital, compared with the 35 percent that companies in the United States and Canada cumulatively raised.”

VC investments in China are higher than in the US for the first time in history. What are the main reasons for this development? First, because of the sheer size of the Chinese market and not less importantly, the MOFO mentality: Startups might become huge unicorns in a very short period of time. You don’t want to be the one who missed out on the next Douyin, a video sharing app that was launched only in September 2016. Now Douyin has 500 million monthly active users worldwide. The value of its parent company, Bytedance, is around 75 billion USD - more than Uber.

So, how can you join the party? It’s a topic by itself, but I can mention few crucial points:

Have a Real Technological Advantage: If the technology is not unique or very easy to imitate, then the Chinese don’t need you. If it’s unique and hard to copy the Chinese will find you.
Know the Market and Adjust Accordingly: Since the market in China is very different from the west, it\'s important to conduct proper market research and afterwards to adjust your business model/product accordingly.
Come to China:  Because of the currency control and for other reasons, it’s much easier to get an investment in China. On top of that, there is no alternative to face to face meetings.
3.     China and Israel - a Match Made in Heaven

The Chinese interest in Israeli high tech is growing all the time. For example, Jack Ma visited Israel twice during in the last few months. In his last visit, he accompanied the Chinese Vice President Wang QI Shan, one of the most powerful figures in the Chinese government. The visit signals to Chinese official and private companies to promote the cooperation with Israel.

The interests are clear - China aspires to lead the world in key tech sectors by 2025. Israel, the startup nation, can help China to reach that goal. On the other hand, Israelis are looking for Chinese money and for access to the biggest market on Earth. According to an IVC report, $325 million have already been invested in 2018, an average of 20 investments per quarter.

Little by little, Israelis are coming to Shenzhen. I personally met a few Israelis who came here after their Israeli company was acquired or invested in by a Chinese company.

Some notable Shenzhen companies have invested in Israel:

For a detailed report about China\'s unicorns, check out PWC\'s most recent report, “The new Chinese unicorns: Seizing opportunity in China’s burgeoning economy.”

Yogev Oshaya is the Vice General Manager of YQ Ventures, a business incubator in Shenzhen. He is in charge of global cooperation, especially with Israel. Speaks fluent Chinese.  His main goal is to bring Chinese and foreigners closer together and create value for both sides.
Latest articles